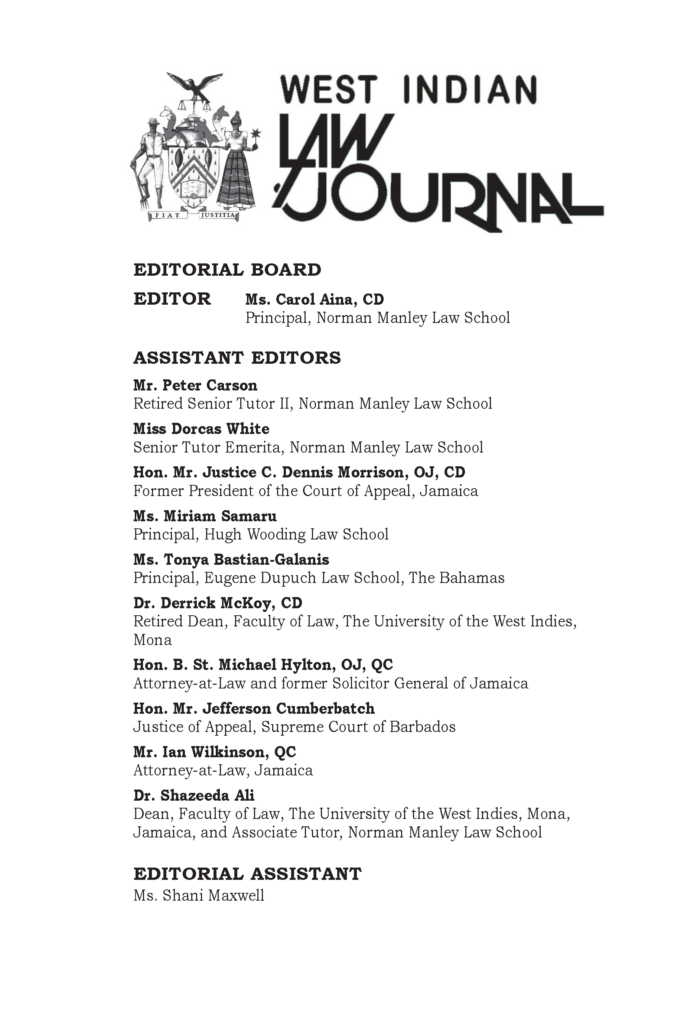 Delivering the judgment of the Board in Rhett Allen Fuller v. The Attorney General of Belize, Lord Phillips observed at the outset that “‘abuse of process’ is not a term that sharply defines the matter to which it relates”. Among other things, it is apt to describe (i) making use of the process of the court in a manner which is improper; (ii) using the process of the court in circumstances where it is improper to do so; or (iii) using the process of the court for an improper motive or purpose. More generally, in Hui Chi-Ming v. R, Lord Lowry said that abuse of process was “…something so unfair and wrong that the court should not allow the prosecutor to proceed with what is in all other respects a regular proceeding”; and, in Attorney-General v. Barker, Lord Bingham CJ observed that abuse of process consists of “using that process for a purpose and in a way significantly different from its ordinary and proper use”. But the fact that the term may not always be susceptible to precise definition is not necessarily a vice, since it is now generally accepted that “[t]he power to supervise and protect the processes of the Court must always be given a fair, wide and liberal meaning”.

George Orwell’s novel Nineteen Eighty-Four gives a viewpoint of what it is to be under the constant watchful gaze of “Big Brother”. Winston, the main character in the novel, was bombarded to some degree by the reality that “BIG BROTHER IS WATCHING YOU”.2 He was watched while he was at home, work or even on the road. Perhaps Orwell was predicting what was to come in a modern Internet world because it would appear that we are back in Winston’s world of 1984. Who is Big Brother? Big Brother could be anyone or anything. It could be the government, an employer, internet service providers or hackers – each with their own reasons for watching and listening. What is clear though is that, whatever the reason for conducting surveillance activities, the right to privacy of the individual is being impacted.

This article will discuss:

(a) the impact that state-authorised surveillance has on an individual’s right to privacy;

(b) whether national security should be regarded as a reasonable restriction on the right to respect for private life; and

(c) whether state surveillance is necessary in light of the threats to
national security.

The discussion will focus on how state surveillance, privacy and national security are considered from the perspective of the laws in the United Kingdom (“UK”) and European Union (“EU”), with the hope that the laws in these countries can assist in the shaping of the laws in Jamaica, especially as we embark on modernising our Data Protection framework.

3 | No Exemption: Attorneys-at-law Caught in the Anti-Money Laundering Dragnet
by Garcia Kirt Kelly

On 15 November 2013, the Minister of National Security amended the Proceeds of Crime Act Jamaica (POCA) to include lawyers within the regulated sector. On account of this amendment, Jamaica has now achieved substantial compliance with the Financial Action Task Force (FATF) recommendations. This amendment marks an intrusion into the lawyer-client relationship which threatens to undermine the relationship of trust and confidence between lawyers and their clients. The Jamaican Bar Association has decided to challenge the constitutionality of this amendment and, such a challenge will require the Constitutional Court to balance two competing public interests. Firstly, the public interest in improving the capability of the relevant authorities to detect, investigate and prosecute money laundering and, secondly, the public interest in maintaining the relationship of trust and confidence between a lawyer and a client in the administration of justice.

4 | The Panama Papers: Threats to the Security and Confidentiality of Client Information
by M. Georgia Gibson Henlin, QC

Panama is a republic. It is strategically located in Central America. It
is bordered to the north by the Caribbean Sea and the Pacific Ocean,
to the west by Costa Rica, and the Southeast by Colombia. Prior to
2016, it was known more for its strategic location mainly because of
its international maritime shipping corridor, the Panama Canal. On the
3rd day of April 2016 all of that changed and there is hardly a reference
to Panama without reference to the infamous “Panama Papers”. It was
thrown into the spotlight as a tax haven and as such all discussions
centre around its status or loss of status as a tax haven. This is even
though the epi-centre of the “papers” is a law firm, Mossack, Fonseca.
Everyone, including lawyers, is curiously silent on the consequences for
the attorney-client relationship, especially the duty of confidentiality,
of the “leaking” of the “papers” from a law firm. It was surreptitious
and it came as a shock and surprise. The curious silence must be
considered against the background of the release issued by Mossack
Fonseca in the days following. They set out their record of compliance
with regulatory agencies local and international “including the Banking
Superintendence of Panama and the Intendancy of Non-Financial
Regulated Services Providers.” This is in addition to observing the
requirements of the Foreign Account Tax Compliance Act (FATCA). The
statement further reads in part:

Recent media reports have portrayed an inaccurate view of the services that we provide and, despite our efforts to correct the record, misrepresented the nature of our work and its role in global financial
markets.

These reports rely on supposition and stereotypes, and play on the
public’s lack of familiarity with the work of firms like ours. The
unfortunate irony is that the materials on which these reports are based
actually show the high standards we operate under, specifically that:

• we conduct due diligence on clients at the outset of a potential engagement and on an ongoing basis;

• we routinely deny services to individuals who are compromised or who fail to provide information we need in order to comply with “know your client” obligations or when we identify other red flags through our due diligence;

• we routinely resign from client engagements when ongoing due diligence and/or updates to sanctions lists reveal that a party to a company for which we provide services has been either convicted or listed by a sanctioning body;

• we routinely comply with requests from authorities investigating companies or individuals for whom we are providing services; and

• we work with established intermediaries, such as investment banks, accountancies and law firms, as part of the regulated global financial system…

In providing those services, we follow both the letter and spirit of the
law. Because we do, we have not once in nearly 40 years of operation
been charged with criminal wrongdoing. We’re proud of the work we
do, notwithstanding recent and willful attempts by some to
mischaracterize it…

5 | New Wine in Old Wineskins: Some Developments in the Common Law of Evidence
by Hon. C. Dennis Morrison, OJ, CD

Historically, the law of evidence has been judge-made law, a body of rules developed piecemeal over the years. According to Professor Tapper, the development of the modern rules of evidence “really begins with the decisions of the common law judges in the seventeenth and eighteenth centuries”.

For many years, statutory reforms have been engrafted onto the common law structure of the rules, producing what one commentator described well over 50 years ago, with some asperity, as “a pile of builders’ debris”. Despite successful efforts to codify the law of evidence in other parts Of the Commonwealth, resistance to the production of a comprehensive set of statutory rules has persisted in the United Kingdom and, to a large extent, in the Commonwealth Caribbean. Even in jurisdictions such as Antigua and Barbuda, The Bahamas, Barbados and St. Kitts and Nevis, where there have been significant reforms of the law of evidence within the last 20 years, there is no provision which gives a true codifying statute the hallmark of exclusivity identified by Simmons CJ (in reference to the Barbados Evidence Act 1994) in DPP’s Reference No 1 of 2001:

An essential feature of a codifying statute is that it expressly states
that there must not be reliance upon any prior enactments or decisions
of courts after the commencement date of the codifying statute.

6 |The Decriminalisation of Prostitution in Jamaica: A Legal Framework for Examining Whether the Time Has Come
by Alecia Johns

There has been an increasing push for the decriminalisation of prostitution in Jamaica on account of the positive impact which this measure is anticipated to have on the fight against HIV/AIDS, as well as on sex workers’ more general right to health care access and criminal justice. This paper aims to offer a framework for examining the many issues which are relevant in considering the question of whether prostitution ought to be decriminalised. Rather than offering a definitive answer to this legal conundrum, the paper identifies and distils the many questions to be addressed in determining whether, within the Jamaican context, the decriminalisation of prostitution is an idea whose time has come. In so doing, it will examine in comparative context the effects of decriminalisation on three important social harms linked to prostitution:

7 | Transnational Torts in the Caribbean
by Rose Grant-Cameron

This article traces how the courts have addressed torts which are committed in one state but which involve persons from other states with particular reference to the Caribbean either as the place where the tort was committed or the place where the court is located. The most interesting finding is the evident loss of influence of the once important common law double actionability rule.

8 | The Jurisprudence of the Industrial Court of Trinidad and Tobago: 50 Years Delivering Social Justice
by Dr. Leighton M. Jackson

In his very significant work entitled, The Evolution of Labour Relations Legislation in Trinidad and Tobago, Chucks Okpaluba stated the following: