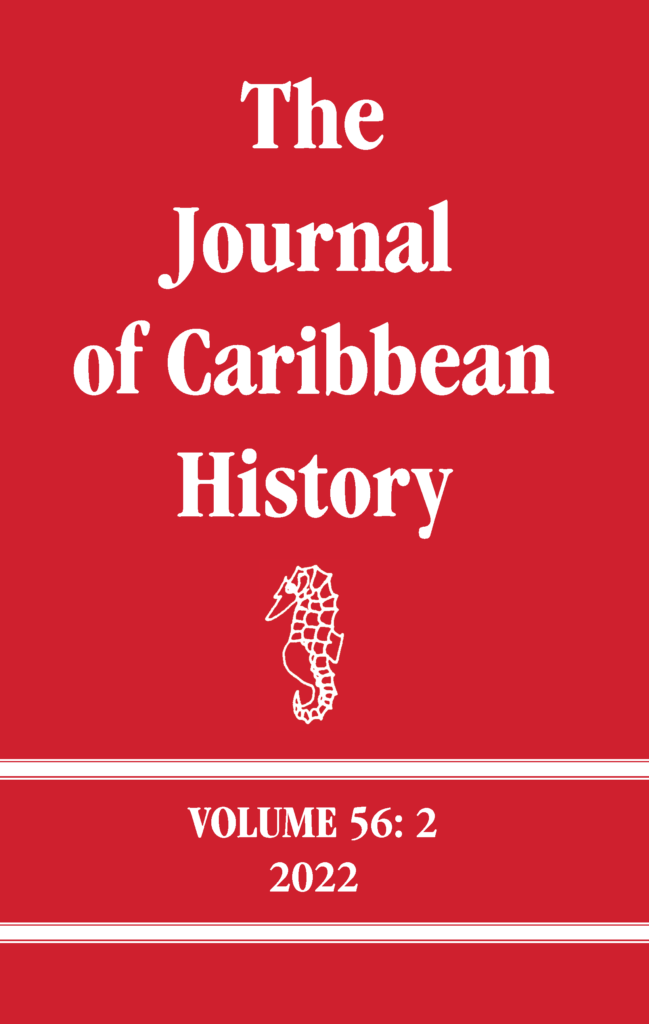 1 | Alcoholic Marronage: Drinking by Enslaved Peoples and the Ambivalence of Planters in the British Caribbean
by Frederick H. Smith

Alcohol use was widespread in the slave societies of the British Caribbean. Enslaved Africans and Afro-Creoles drank to facilitate communication with the spiritual world, to remove barriers to social interaction, and to escape the many anxieties of building a life on the unpredictable Caribbean frontier. Plantation owners in the British Caribbean made contrasting claims about the level of drinking among enslaved peoples. Some described them as heavy drinkers, while others described them as abstemious. The disparity in descriptions highlights universal uncertainties about alcohol drinking and its unique ability to generate both harmony and discord. On the one hand, planters in the British Caribbean feared that drinking among enslaved workers was liberating; a fomenter of insurrections that threatened the social order. On the other hand, they saw it as a tool of domination; a way to placate frustrations and soothe social tensions by allowing enslaved peoples to drink and regularly blow off steam. Uncertainties about the conduct that accompanied alcohol consumption help explain why colonial legislatures enacted laws to curb drinking among enslaved peoples, yet planters continued to dole out large amounts of rum to the enslaved peoples on their estates. Travellers’ accounts, plantation records, and archaeological evidence indicate that drinking did indeed provide enslaved peoples with a momentary release from the pressures that built up in these societies. As with forms of short-term flight from the plantation (or petite marronage), drinking acted as a safety valve that provided temporary relief from the challenges of daily life and, thus, helped ease tensions between planters and the enslaved. Yet, the evidence also indicates that the sociability and the disinhibition that accompanied alcohol drinking may have, at times, incited civil unrest within enslaved communities. As a result, planters in the British Caribbean had reason to be ambivalent. An ideology of white racism, as well as an economic structure based on the systematic and coerced extraction of labour further increased the planters’ ambivalence.

Historians have paid scant attention to how Haitian president Jean-Pierre Boyer sought to knit Haiti more closely to Great Britain in the 1820s. With the arrival of British diplomatic representative, Consular-General Charles Mackenzie in 1825 to Haiti, his presence set in motion a series of exertions by Boyer and his administration to secure British friendship by using the British National Archival diplomatic materials from the Foreign Office. This research fills in significant gaps around Boyer’s manoeuvrings in achieving this end and offers a correction of sorts on Boyer’s presidency. This work contributes a more complete (and nuanced) picture of how Haiti struggled to achieve sovereignty in its early life as a post-independent country in a sea of hostile and unfriendly neighbours.

Using the process described by Jennifer Jensen Wallach as “empathetic re-feeling”, this paper engages in a comparative analysis of two memoirs written by British colonial police officers who worked in the Caribbean between the late nineteenth and early twentieth centuries. The study shows that although British colonial policemen had unique and varied experiences and saw and interpreted their worlds in different ways, policemen living in different parts of the West Indies similarly saw themselves as important members of the British colonial establishment, helping to maintain law and order in the region.