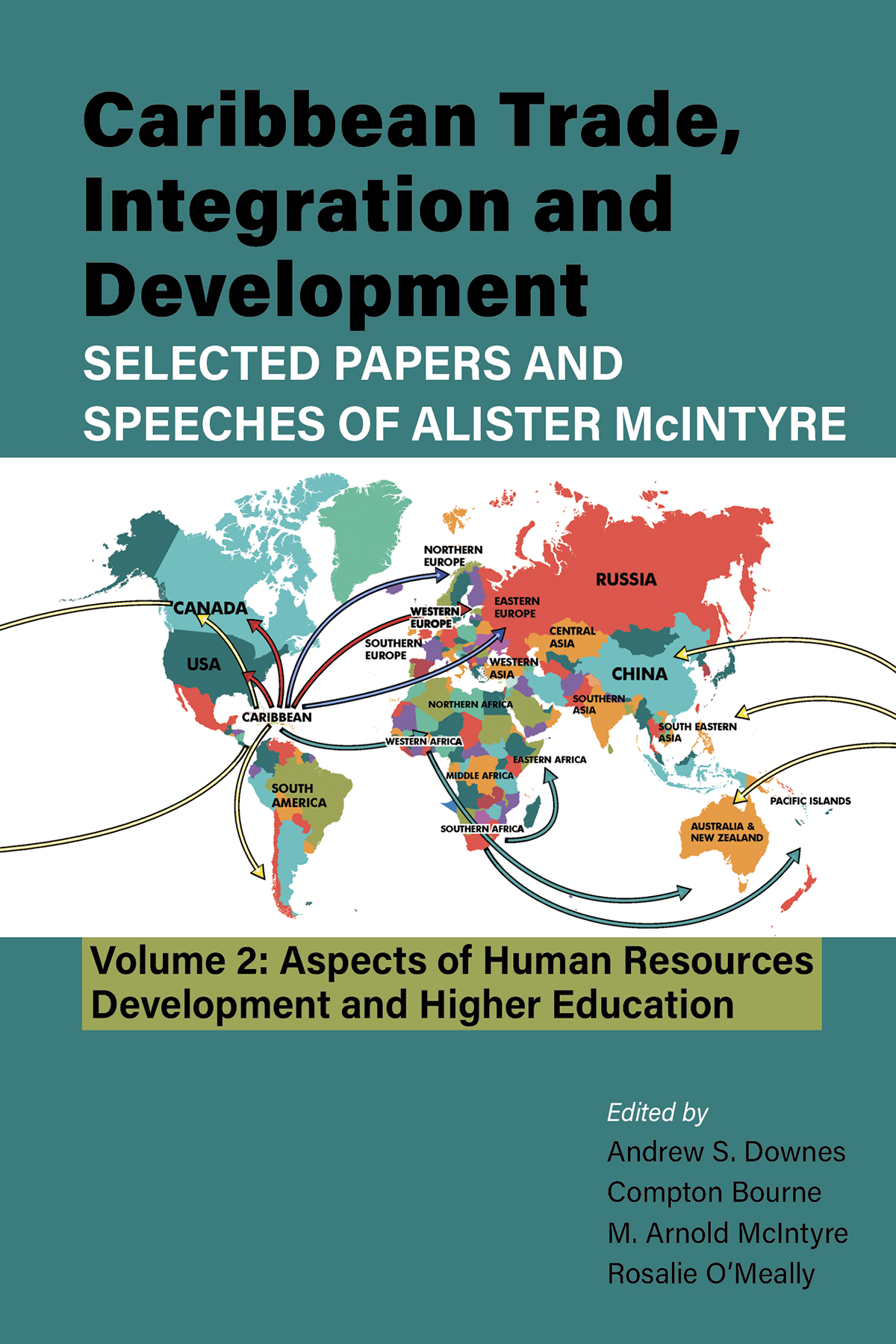 “The papers in these volumes inevitably chart the course of Sir Alister’s professional life and . . . I marvel at the prodigious output’ of his intellectual journey.”

–Sir Shridath Ramphal, former Chancellor of the University of the West Indies, Commonwealth Secretary General, Chairman of the West Indian Commission and Director-General of the Caribbean Regional Negotiating Machinery.

“Sir Alister’s deep interest such as human resource development, education, training and the capacity to deal with the challenges of change in the 21st century, are all deftly addressed in his many contributions to scholarship.”

“What distinguished McIntyre from many of his colleagues was not only the technical brilliance of his writing on trade and economics, but his equally perceptive understanding of the role of human resources in the building of a sustainable livelihood in small developing states. These papers reflect the vision of one who was committed to creating an economic space to facilitate the movement of economic factors, goods, services skills and human resources.”

Please sign up for our eNewsletter via www.uwipress.com to be notified of new release and events or contact us at [email protected]