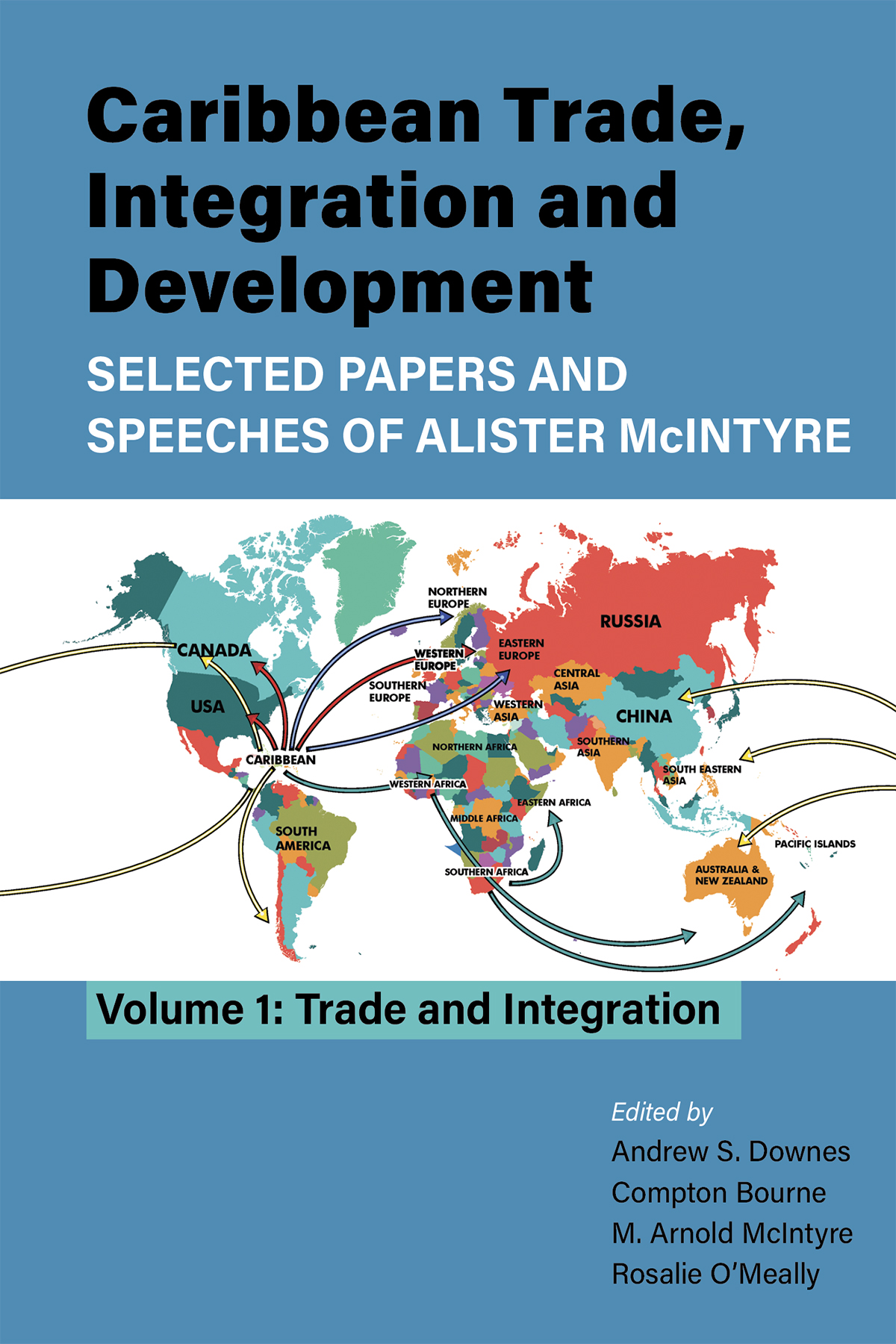 “The papers in these volumes inevitably chart the course of Sir Alister’s professional life and . . . I marvel at the prodigious output of his intellectual journey.”

–Sir Shridath Ramphal, former Chancellor of the University of the West Indies, Common wealth Secretary General, Chairman of the West Indian Commission and Director-General of the Caribbean Regional Negotiating Machinery.

“Sir Alister held an unswerving belief that the only workable pathway for the survival of the small countries of the Caribbean was through a strategy of regional integration that would combine the synergies of the individual countries of the region into a collective whole.”

“He was quite insistent about youth participation and either devised or supported various initiatives to encourage a younger generation of scholars to participate directly in the regional integration project.”

“He held numerous consultations, commissioned a number of technical studies from university scholars, the private sector and governmental institutions and developed structured negotiating positions (through his blue and red negotiating books) to enable the region to speak with one voice and hold a common position in the international community.”

Please sign up for our eNewsletter via www.uwipress.com to be notified of new release and events or contact us at [email protected]

To give you the best possible experience, this site uses cookies. By continuing to use the site you agree that we can save them to your device. Cookies are small text files which remember your preferences and some details of your visit. Our cookies do not collect personal information.ClosePrivacy policy